Police appealing for a man wanted on outstanding warrant 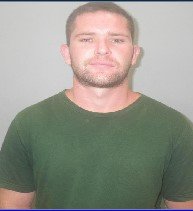 Paul Smith is wanted by the police.

Police are appealing for public assistance to locate a man wanted on an outstanding arrest warrant.

Patrick Smith (25) is wanted by virtue of an outstanding warrant regarding domestic violence offences.

Smith is known to frequent Leeton and Wagga Wagga.

Officers from Murrumbidgee Police District have commenced inquiries into his whereabouts and have so far been unable to locate him.

Police have advised members of the public not to approach the man if seen, but to call Triple Zero (000) immediately.