Michael grows the tropical goods no one else is selling Michael Murambi is a familiar face at the Wagga Farmers Market where he sells his tropical produce.

Michael and his family migrated from Zimbabwe 15 years ago after his wife secured a job as a nurse at Wagga Base Hospital.

With a background in agriculture and a keen interest in growing produce, it wasn’t long before he found himself back in the garden.

“In Zimbabwe, I was a farmer as well, but I was working as an agricultural extension advisor, advising farmers how to manage their farms,” he says.

Michael’s first taste of farming in Australia came when a local grower approached him to look after his strawberries while he went on an extended holiday.

“I don’t know how he knew about me, but I looked after the greenhouse strawberries and tomatoes,” he explains.

“After three months, he came back and said ‘okay, I’ve got a piece of land here if you want to do something with’, so I started to grow mostly tropical stuff.”

It began as a hobby specialising in grains and vegetables not readily available in Australia and sharing his produce among the local African community.

But Michael says demand increased as people began to hear about his garden.

“Some of the stuff I grow, they can’t get it. I do fresh white maize, I grow peanuts, some spider flower veggies and okra,” he says.

“Some of the stuff I dry, package and sell on my website.”

He says that the local South-East Asian community has also embraced his produce.

“Initially it was mostly African; now some people from Asia and other places intermix some of the tropical foodstuffs,” he says. 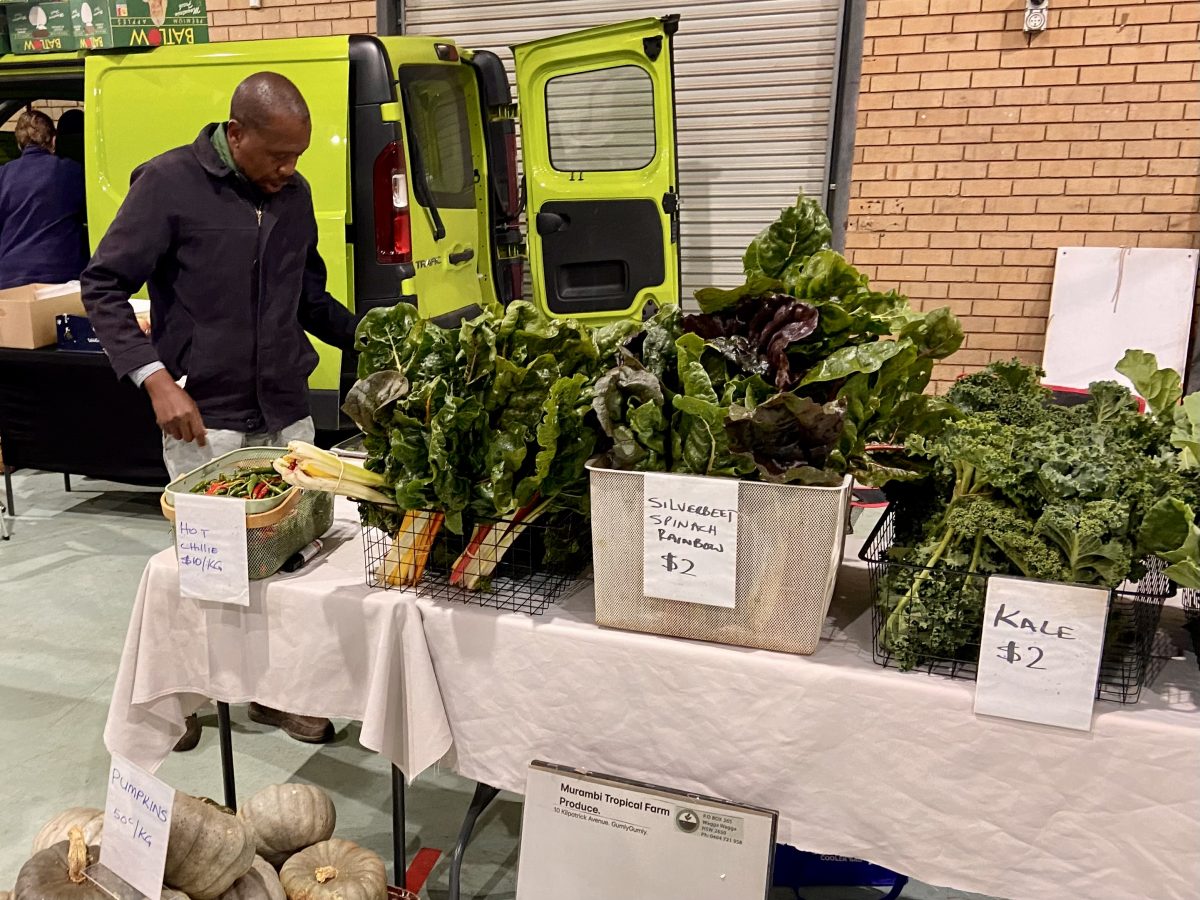 Michael specialises in tropical produce that is not readily available in Australia. Photo: Chris Roe.

Michael lost his full-time job last year and now spends most days with his crops and selling his produce.

He works 12 acres of land at Gumly Gumly and says he’s adapting to the Australian seasons.

“The challenge in Wagga is that we don’t have a specific weather pattern. Another year, we had frost on the 10th of October that killed all my crops.”

The frosts have taken their toll in the last few years, but Michael says it’s all part of the farming life.

“Those are the challenges but once you learn something, you don’t go back … you keep trying,” he says.

Michael’s three children have now moved away for study and work.

“One is a neurosurgeon in Wollongong, one is a social worker in Melbourne and the last one is at Macquarie Uni doing law,” he says with pride.

He says Wagga has been a good home for him and his family.

“It’s culturally accepting here because we mix quite a lot of different nationalities,” he smiles.

“It’s also a laidback city. I couldn’t do part-time farming and working as well in the city. It would be impossible.”

Good value for your money plus fresh

Good on u keeping the dream alive

They always look so lovely and fresh at the markets but I never carry cash! Note take cash to the markets!!!

I am going to visit markets